Robert Pilon is coming to the UK!

Read his story about his Grandfather and connection to Pewsey in the event below.

In aid of Wiltshire Air Ambulance, Pewsey Carnival and The Salvation Army.

Canadian stage, television and recording artist Robert Pilon was honoured to have played the signature roles of Jean Valjean in Les Miserables and The Phantom in The Phantom of the Opera both in the Toronto Productions and across Canada.He has toured worldwide bringing Robert Pilon and Friends to the international stage, recorded 2 CD’s, Given the Chance and A Christmas Night, was a guest on Frank Mills’ Platinum Christmas album, starred in his own award winning television special, A Canadian in New York with Gordon Lightfoot, Morley Safer and John Kim Bell among his guests, and been on numerous television specials over the years.

Tickets on sale next week from Cossor’s Shop, from the School office after the Easter Holiday or out now via https://www.ticketsource.co.uk/whats-on/pewsey/pewsey-vale-school/robert-pilon-and-friends-songs-for-my-grandfather/2019-06-08/19:30 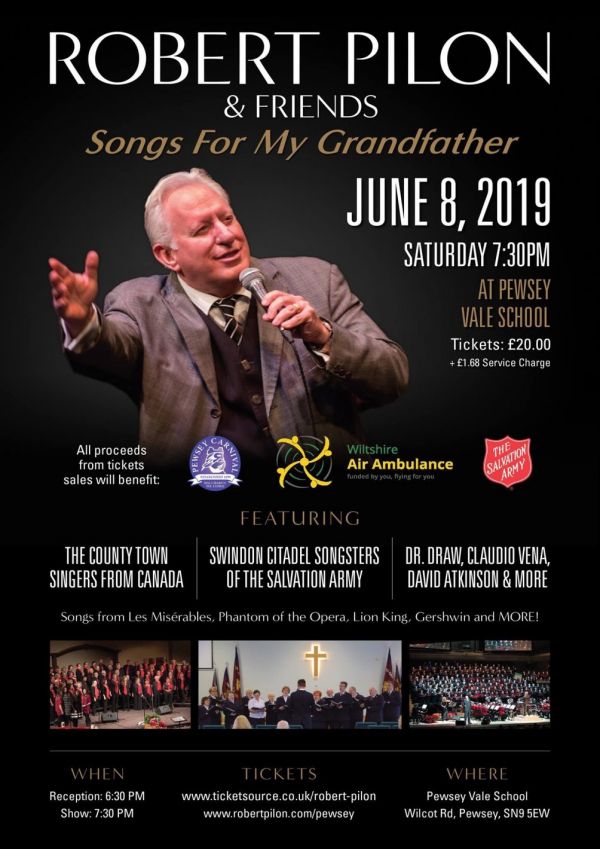 Pewsey Vale School
@PewseyValeSch
On Wednesday, 1st February, the school can only open partially due to strike action. The school will be open to Years 7, 10 and 11. Therefore, students in years 8 and 9 will have to remain at home. More information is available on our website. https://t.co/1iaKHmTs4q https://t.co/Wty7LRaCfO
0 1 days

This is a test news article