As the Solstice has come and gone, things are all change when it comes to butterflies on the school site. The Hibernators of spring have hopefully bred and their offspring will be emerging later this month. The Blues have had their first brood and the second brood of most will be emerging in about 6 weeks. But now, almost to match the surrounding fields of corn and wheat and the hay in the meadows, the Browns and Golden Skippers are in the ascendency.

On the field, the Small Heath likes to sit on the paths and then when threatened flit into the long grasses. The male Large Skippers – the vanguard of the Golden skippers – have set up territories while they await the first females which should be turning up any day now. A quick stroll along the paths may see you witness their squabbles and territorial disputes. The Meadow Browns prefer the more sedate longer grasses. If you’re lucky, you might catch a glimpse of the Mother Shipton moth; so-called because the markings on the wings look like the profile of the infamous Yorkshire Hag. 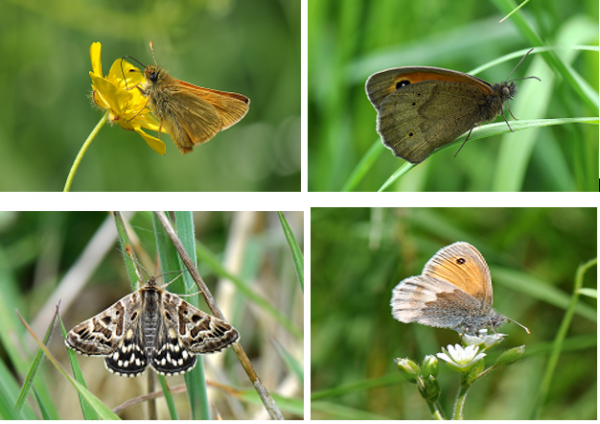